Get all the latest news and trends!

Mention the word ‘Trust’, and everyone knows what you mean. But what does trust really mean? Why is trust so important? Has it ever crossed your mind why the Board of Directors are also referred to as trustees? Well, trust is all that it takes to make the world turn around.

Without trust, there can never be governments, institutions, societies, families, and of course businesses. When the social fabric collapses, the first thing to go out of the window is trust. We can simply state trust as the reliability that a person, an organisation or institution, society, government, etc. will live up to their promise, whether espoused or intrinsic.

Trust is a major factor in organisational success, more so in times of change. The leaders are looked up to by employees to fulfill their promises. The social contract that exists in an organisation is such that leaders expect employees to understand reasons for change, accept, adopt, and adapt to change, in order that the business achieves its intended benefits. Conversely, employees expect that their interests will be sufficiently taken care of, thus motivating them to respond as expected by their leaders. It is kind of like a transaction, though not outrightly stated and considered so. It is a deep-seated expectation by either party with trust being the strongest glue. This, I consider, is the main reason that trust is such an important ingredient during organisational change.

Organisational leaders, by virtue of their position, have the duty and mandate to influence and inspire trust, especially in times of change. What can leaders do to ensure the trust is built and sustained during change, thus enabling the optimum realisation of strategic business transformation?

Below I briefly discuss a few considerations.

Going by the definition above, this must be the first things that a leader should consider. A leader must be a person of their word, that is going to all limits to fulfill one’s promise. Not like some well-known politicians who only make promises to earn political positions from electorates only to backtrack. Living up to one’s promises is one sure way of earning and maintaining trust. In the face of organisational change, a leader or leaders must evaluate and reflect on whether they have built sufficient trust in the past in the way of keeping their promises. This is the first thing that employees will pay attention to. For example, where trust has been eroded, employees are likely to make comments like, “we have made many suggestions to the management that are never acted upon, so we don’t believe that this time it will be different”. Leaders must do all they can in their power to fulfill their promises in order to build the necessary trust.

Over and above fulfilling promises, leaders must also be an example of what they state… not preaching water and drinking wine. Employees will do exactly what their leaders do, not what they say. When leaders are indecisive, their employees act likewise. When leaders take initiative, their employees go the extra mile. This is important as a way of building trust, especially during change. When there is a change of policy, leaders must be the first to apply the changes and demonstrate to the rest the new direction, thus they will follow.

During change, a lot of emotions emerge among staff for fear of the unknown. They will have numerous concerns about their own welfare and future. Employees believe that the people who are responsible for their welfare in the organisation are the leaders, the decision-makers who have the power to determine their fate. To build trust, leaders must show empathy to employee concerns. They must bring themselves to the level of the employees and genuinely demonstrate to them that they fully understand the implications of what the organisational change might bring. But that they are doing all they can in their power to ensure employee welfare is taken into consideration. Hiding behind policy or change in organisational strategic direction is not enough to inspire trust among employees in a time of change. Employees want to really know if the leader cares, whether the change turns out for better or for worse.

4. Be honest and factual

In addition to empathising with employees, it does no good to share information that appears to be untrue or baseless. Telling employees that “no one will lose their jobs”, when this fact is not known falls short of dishonesty on the part of the leaders and does no good than to erode trust. Some leaders hold the notion that it really does not matter if some employees are laid off since those that remain would continue to work as usual. However, this is a major error on the part of leaders since the events leading to the laying-off of the few employees remain in the hearts and minds of those left behind, thus eroding the trust they may have on their leaders. Being factual and honest requires that the correct information is shared at the right time to the right audience and that what is not known remains as such. It helps in such situations to let employees know that it is not clear whether there might be people affected or not, but when facts appear, say after a comprehensive review, then all the necessary information will be made known to those affected and in good time. Then the leaders should assure their teams that everything will be done to ensure their welfare is taken care of to the best of effort.

When making change decisions, especially those that affect employees, leaders must ensure a process that is completely impartial and above board. There must not be any semblance of favouritism to certain individuals at this time as it is a major killer of trust in the organisation. Yes, it goes as far as the leader accepting to lose their position if indeed that is what the change dictates. There have been occasions during organisational change where CEOs have announced their exit, giving a long notice meant to create the necessary environment and structures for change to take place. What this simply means is that anyone else in the organisation who gets affected will undoubtedly follow suit. However, leaders break trust with employees when they vividly appear to be protecting their own interests at the expense of their teams.

Leaders need to help their staff understand that during change everyone is responsible and accountable to do their part. That the leaders will dutifully fulfill their bit and employees must do likewise. Passing the back does not inspire trust; everyone must be aware that the overall success of the organisation is dependent on each individual faithfully doing their bit.

last but not least, a leader must be vulnerable to employees whenever necessary. This means that leaders should allow employees to share openly any negative feedback that touches on them personally and collectively, without being defensive and without retribution. Instead, the leaders genuinely take note of the feedback, assure and commit to taking corrective action, and update employees on what they have done. This, when done as part of the organisation’s culture, ensures great trust is built in the organisation, which becomes an invaluable asset during change.

Building trust in organisations during change is one sure way of success. Where trust is low, this might be the first thing that needs to be restored before embarking on any major change in the organisation. There are many other things leaders could beyond the few suggestions above, to ensure that they inspire and sustain a culture of trust, not just to employees, but to shareholders and other stakeholders. 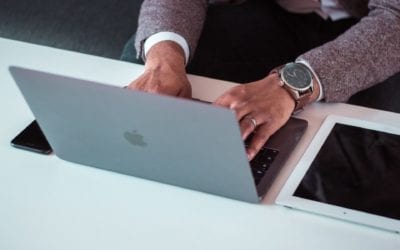 5 Ways to Rock an Online Meeting

The continued implementation of social distancing rules due to Covid19 has made technology platforms like Zoom, Microsoft Teams, Google Classroom,... 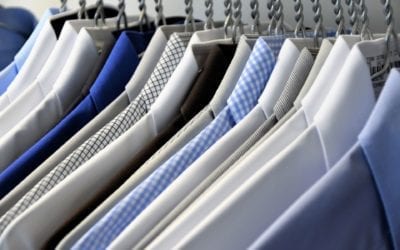 Dressing up to show up: Interview Attire

Appearance is a big part of the interview process after all, the saying goes, ‘dress how you would like to be addressed.’ Some assume that dressing... 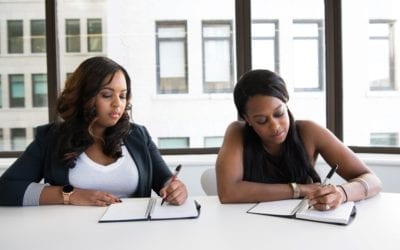 How your next interview can be your best ever

You did it! What you may ask? Well, first, you prepared your CV or resume and cover letter in a way that sells your potential for the job. Second,... 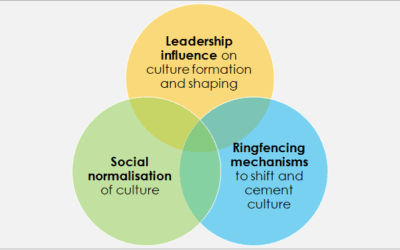 Is your organisation embarking on culture change? Or perhaps you are already down that road and are looking for make it a success? Well, there is no...

WHAT IS A BUSINESS CASE AND WHY SHOULD YOU CREATE ONE?

A business case captures the reasoning for initiating a project or task and helps convince a decision maker to take action. A well-structured,...

Please use this form to enquire:

Change Management is the application of a structured process and set of tools for leading the people side of change to achieve a desired business outcome.

Our Services are tailored to meet our client needs and develop bespoke solutions that address the people side of strategic and operational change. 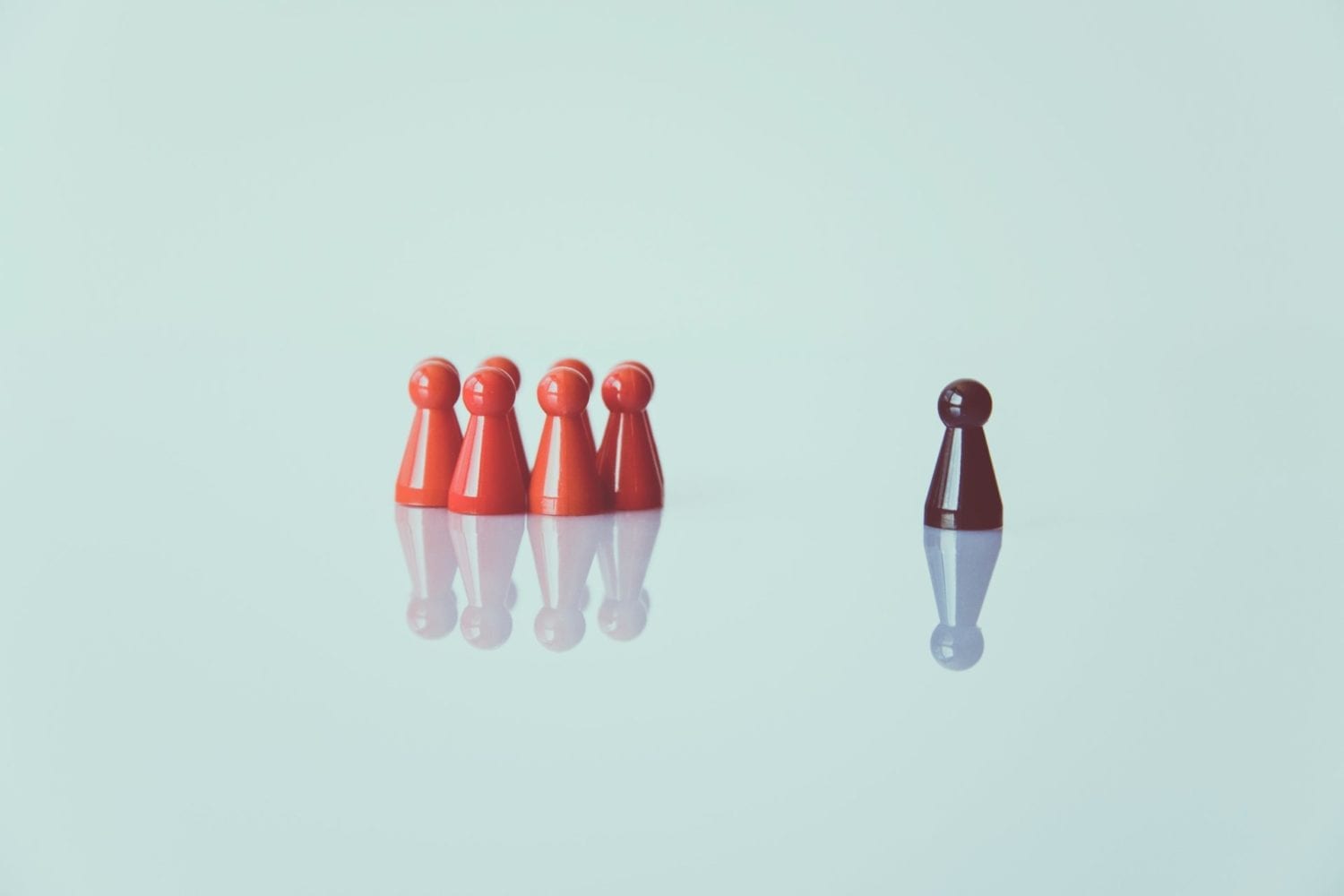 Cedar Africa Group was founded in 2010 to offer support for organisations in Change Management Training and Consulting, Strategic HR and Executive Search and Selection as they build strong foundations.

Prosci is a global leader in change management and the partner of choice for 80% of Fortune 100 companies. The company enables clients to achieve change outcomes and grow organizational change capability through change management solutions based on holistic, research based, easy-to-use tools, methodologies and services.