Ways The CBA-NIC Merger Would Benefit From People Integration 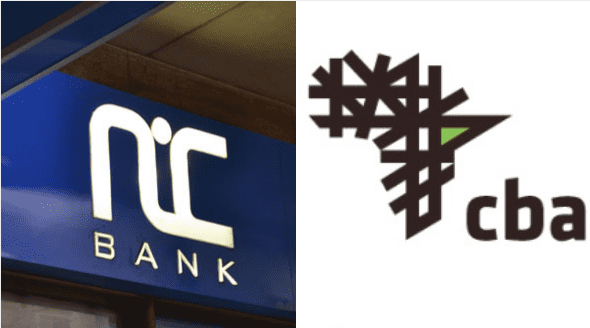 Ways The CBA-NIC Merger Would Benefit From People Integration

Recently the Competition Authority of Kenya approved the proposed merger between Commercial Bank of Africa (CBA) and NIC Group Plc (NIC). In some instances when a merger is announced, fear, the uncertainty of the future, and even skepticism of success can emerge. In this instance, however, CBA and NIC Group have made the critical decision to retain all staff for at least one year as they rationalise the process and this will likely alleviate the staff concerns in the interim.

The reality is that there will be some employee dissatisfaction with the process. It is very important that staff integration in the merger process is given as much attention as the technical and operational integration. Typically when major organisational change is announced either formally or informally through the grapevine, staff productivity and satisfaction decline substantially. According to Prosci® staff productivity could drop significantly if the change is not managed well, there may be a tangible impact on the customer and key talent are likely to leave.

We must remember that both CBA and NIC have very distinct cultures and ways of working therefore it is critical that a lot of thought is given to the respective strengths and constraints of each culture from the get. This leads to consultations to establish what the desired culture and ways of working the future organisation will adopt.  This step is very critical because cultural differences are often some of the greatest impediments to a successful merger. There have been instances where internal rivalries emerge that hinders the new organisation synergies. However, if the cultural aspects of the merger are mitigated early on by developing a well thought out change strategy, the merger process is more effective. This is not to say it will be an easy process but with time and commitment from the leadership it will produce the desired cohesion and results one day at a time.

Customers will also experience the change and have concerns. Some common questions they may be pondering on are; how the merger will impact the services they receive, the impact of the changes on their relationships with bank staff, and whether their desired products will remain in the suite of products offered or not. The change management effort must be deployed equally with this key group of stakeholders to ease worry and retain the customer base.

Communication to both the internal and external public is of utmost importance and must be open, honest and transparent. The rationale for change must be clearly explained as well as the benefits of the change be emphasised. When this is done well, all the parties are able to understand the process and support it for the long haul.

The visibility of the leadership in the whole process is critical. The importance of having the organisation’s leaders communicating openly and honestly with a structured change approach cannot be over emphasised to realise the full potential of the integration.

Secrets to Overcoming Common Diversity and Inclusion Barriers in an Organisation

By cedarafrica | 21st July 2022
In the past few years, diversity and inclusion have taken the corporate world by storm. With studies proving that ...
Read more

Four Massive Blunders Your Organisation Is Making on Diversity and Inclusion

By cedarafrica | 14th July 2022
The road to hell is paved with good intentions. This adage holds when it comes to implementing organisational ...
Read more

How to Measure the Success of Organisational Diversity and Inclusion Initiatives

By cedarafrica | 23rd June 2022
What gets measured gets done. When it comes to organisational diversity and inclusion strategy, this adage is ...
Read more

By cedarafrica | 20th June 2022
Africa is endowed with quite an outstanding talent pool. The challenge for most organizations is that they lack ...
Read more

Tips for Building a Workplace Culture of Diversity and Inclusivity

By cedarafrica | 16th June 2022
Promoting and increasing workplace diversity and inclusivity (D&I) is a critical endeavour that many ...
Read more

Steps to Implementing Culture Change in an Agile/VUCA World

By cedarafrica | 9th June 2022
Over the last few decades, the business world has changed drastically. Rapid technological advances have created a ...
Read more

By cedarafrica | 26th May 2022
Hiring and retaining top talent is one of the biggest challenges for organisations. Great candidates are often ...
Read more

How Having the Right Talent and Culture Enables Transformation

Why Enterprise Change Management Is Important for Business Success

By cedarafrica | 12th May 2022
Organisations can create competitive advantage by being better equipped to manage change themselves. Becoming ...
Read more

Anticipate Change And Transition Through It

By cedarafrica | 6th May 2022
Since the dawn of time, it has been said that  the only constant in life is change. We are also told that only ...
Read more

How to Manage Change for an ERP Implementation

By cedarafrica | 28th April 2022
What is ERP? ERP (Enterprise Resources Planning) software or systems can be described as a single complete system ...
Read more

Use Psychometrics to Grow Your Organisations Change Leaders

I would like to book this course with a special discount of 3% (condition: you must book before November 23, 2022).